As some of you may know, my mentor Myron Barnstone, announced his soft retirement recently (He’ll still be teaching to select students from his home). I moved from Hawaii in May 2013 to come and study with him, where I was fortunate enough to squeeze in two semesters. January 18th, 2014 Myron did his final lecture on the golden section where many of his past and present students eagerly watched him talk about something he was passionate about and aimed to share with the world. He spent the majority of his life digging deep into composition and design, learning the techniques, and sharing them with fellow artists. Sharing the secrets which create masterpieces. Just look at some of the lives he’s changed in the above image because he was kind enough to share his knowledge.

During the summer semester in 2013, as I was sitting in the studio waiting for class to start, one of the students parents was sitting next to Myron and flipping through Charles Bouleau’s “The Painter’s Secret Geometry.” She looked intrigued by the armatures and diagrams Bouleau laid out in his book, and asked why design was kept a secret. This is when Myron told her, “These were the secrets to their masterpieces. If you were caught giving them away you’d end up room temperature in an alley somewhere.” Hilarious to me, and it even holds some truth. These artists didn’t want their secrets to get out. They wanted to be stingy and keep them for themselves. What they didn’t realize is just because people know how to design a painting, doesn’t mean they have the time, passion, or desire to do so.

In an old Documentary of Myron (no longer found online) he was a very serious guy, but in the new one below you’ll see that old age and wisdom has turned him into a big Teddy Bear. Meaning he takes art very seriously, but as he aged he learned to mix in his hilarious sense of humor and resonating anecdotes. I was talking with one of his past students, from years ago, at his final lecture and she said Myron made one of the students cry and run out of the room. Then she said Myron yelled out “Come back when you refill your prescription of Prozac!” You can’t ask for a better teacher. One that is serious, dedicated, helpful, funny, and demands improvement and results from his students. I will take that over being pet on the head any day.

Myron Barnstone has spent the past 30 plus years teaching this secret to his students in person and through his DVD series. Some, but not all of them will grasp the concepts and incorporate it into their work. The others will give up or think it takes too much time. This proves that even though they know the secrets of creating a masterpiece, that not everyone will put it to use. Just like it’s no secret how you become an astronaut…it’s just not meant for everyone.

That being said, share the secret of design. Don’t be scared that others will find out how you create a masterpiece. Let them have the same opportunities and see if they have what it takes to stand with the masters.

Even though Myron isn’t teaching the secrets of design in his studio anymore, he still offers his DVD series for sale. I highly recommend it to any serious artist. The amount of knowledge you will gain from them is priceless. It’s not only knowledge, but stories of the past masters with hilarious anecdotes. If you can’t afford it, he has several free clips on YouTube. No, I don’t gain anything from telling you this. It’s me sharing a secret to see if you have what it takes to stand with the likes of Michelangelo, Van Gogh, Bouguereau, or any of the other master painters which used these same design techniques.

A Last Look at the Studios

Here are some random photos of the studios where Myron taught, and the upstairs area where students would stay long hours and complete their work. 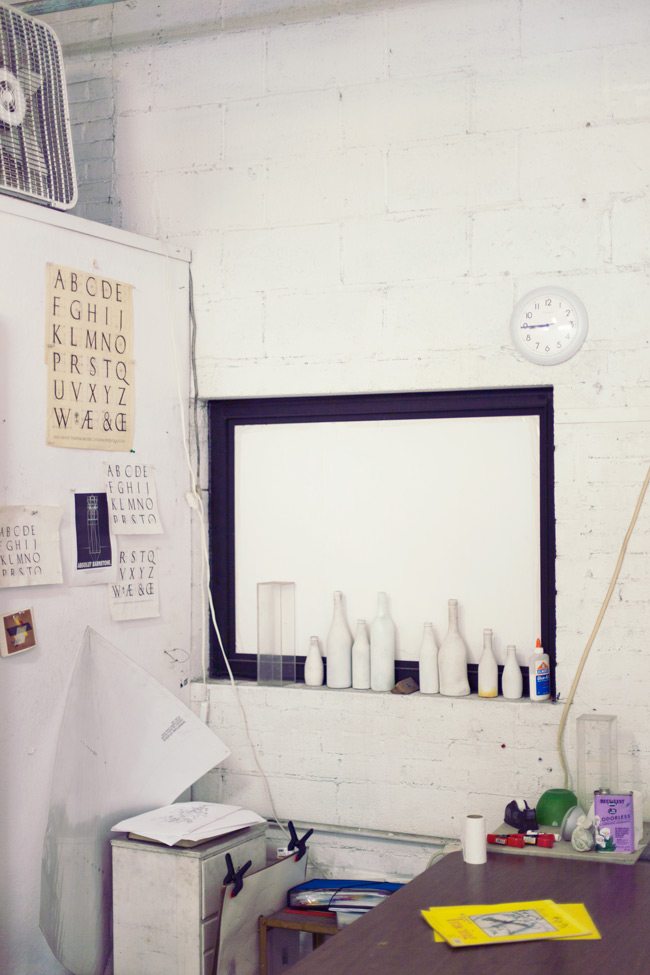 His final scribble on the chalk board demonstrating to a student how to choose the appropriate sized rectangle for a drawing. 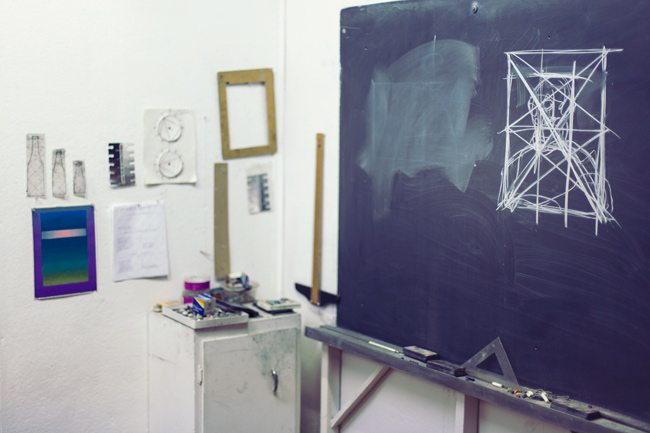 Barnstone student Aladine Vargas in the classroom. I wanted to capture the variety of fans which were scattered above. It gets pretty hot up there in the summer. In the summer 2013 session it was so hot that we had to cancel class halfway through because none of us could focus. 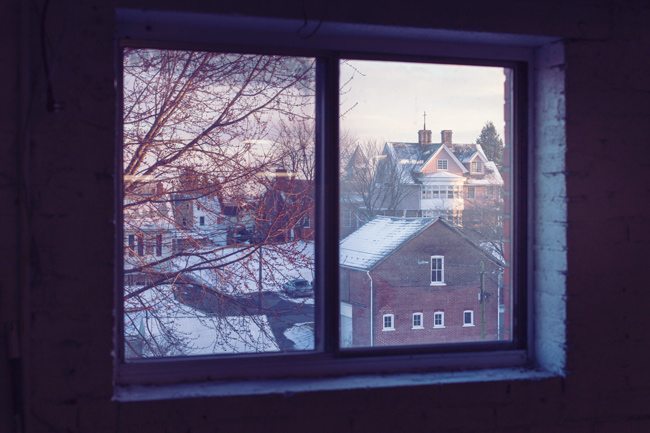 The view outside of the Studios window. 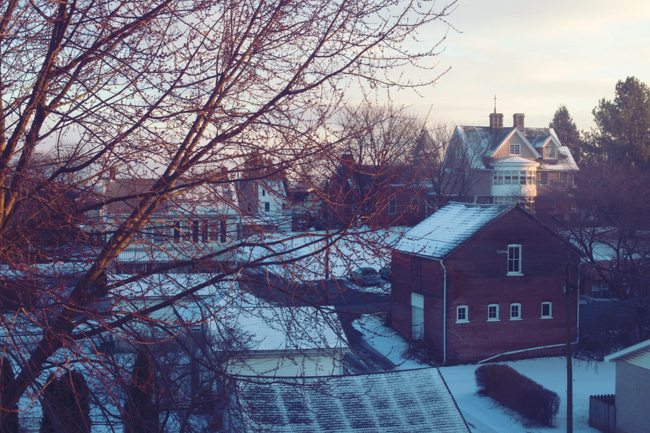 Upstairs where students would stay to study and work all hours of the day. 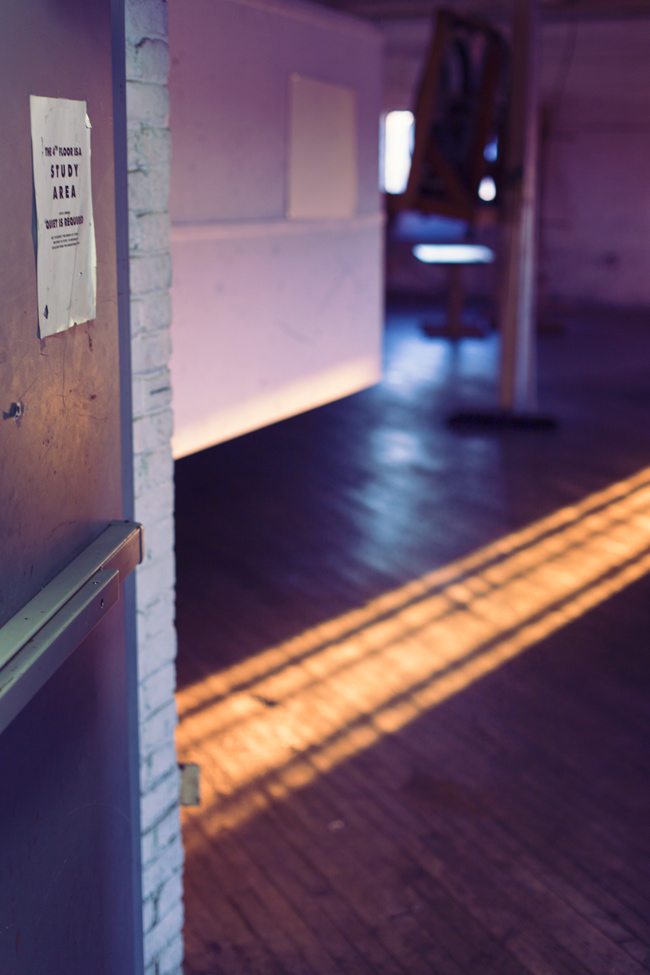 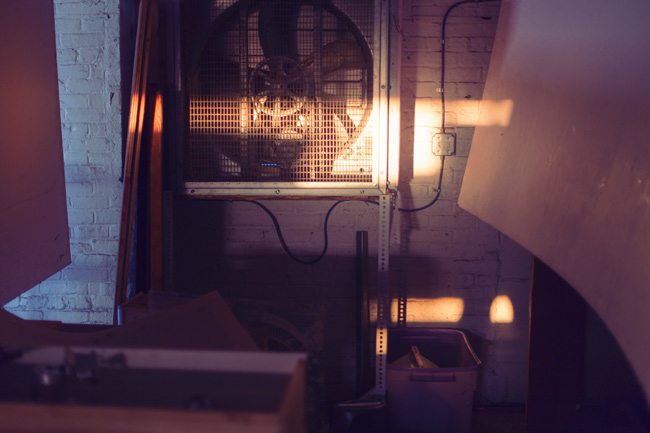 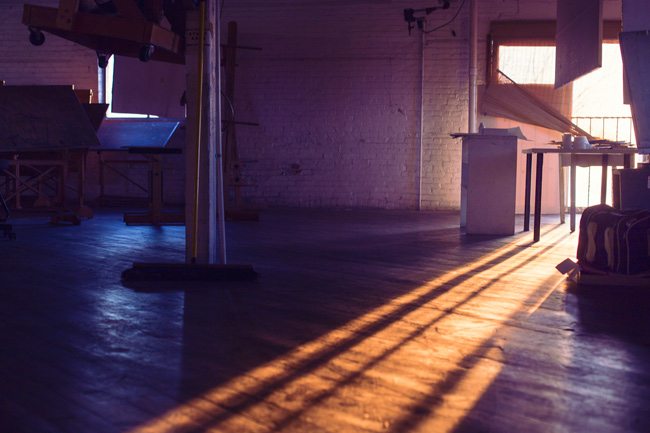 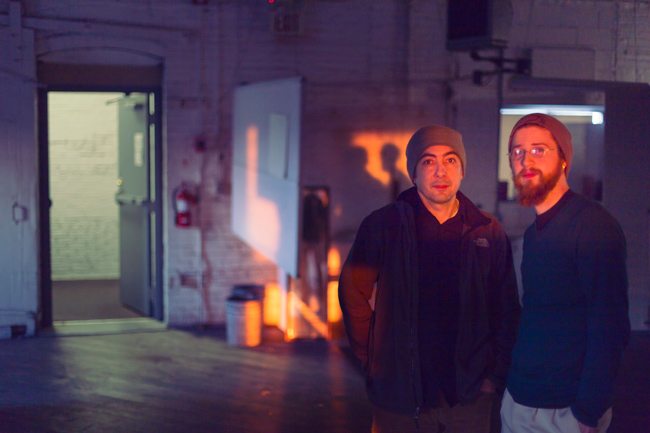 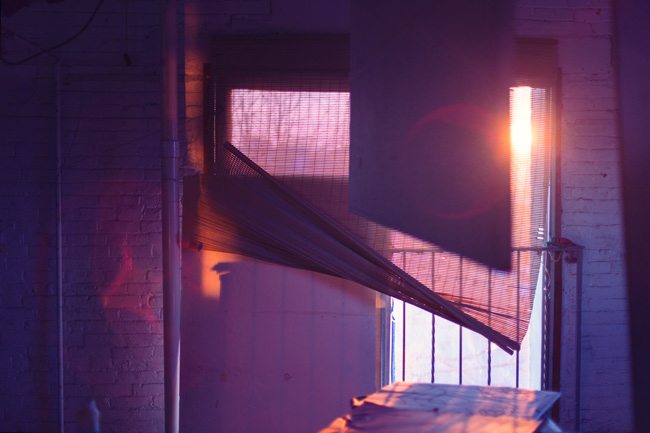 Get Familiar with Your Photographic Environment Viggo Johansen – ANALYZED PAINTING #2

Critique the Composition Not the Style (Musee d’Orsay, Paris)

Get Familiar with Your Photographic Environment