Karl Blossfeldt and His Artistic Representation of Nature [Inspiring!] 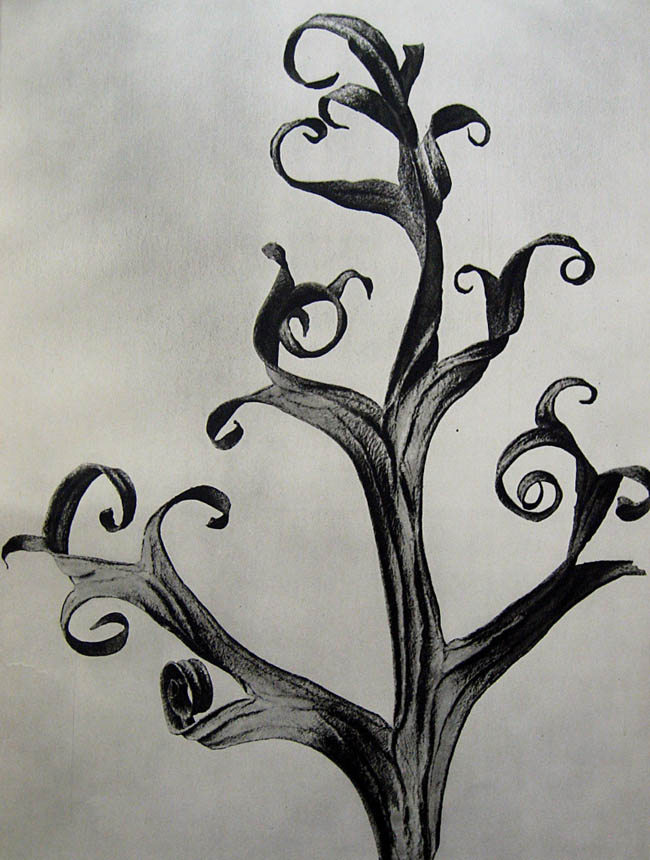 Today we are going to take a look at some work by Karl Blossfeldt, whose work was original for his time, and served as a tool to educate the world. I remember seeing the image above in a slide from The Barnstone Studios. It’s an excellent example that shows an arabesque (see Day 18) in nature. Let’s see if we can identify more design techniques Blossfeldt captured in his inspiring photos of nature.

Here we can see Karl Blossfeldt, looking quite proper in his suit, hat, and leaning on his umbrella. Nice figure-ground relationship (see Day 21) in this photo, just like his others.

How do we create a nice figure-ground relationship? Well, it’s all about the dance of the foreground and background…how they intertwine with each other. We have to see the image as a whole, instead of it’s individual parts.

We can always accomplish nice figure-ground relationship if we have a light figure on a dark background, or vise versa. It gets more involved than that, but we won’t get too deep into it for now. Just know that it’s one of the powerful Gestalt psychology principles that master artists use to control visual perception. It’s also why Blossfeldt is so successful with his photography. 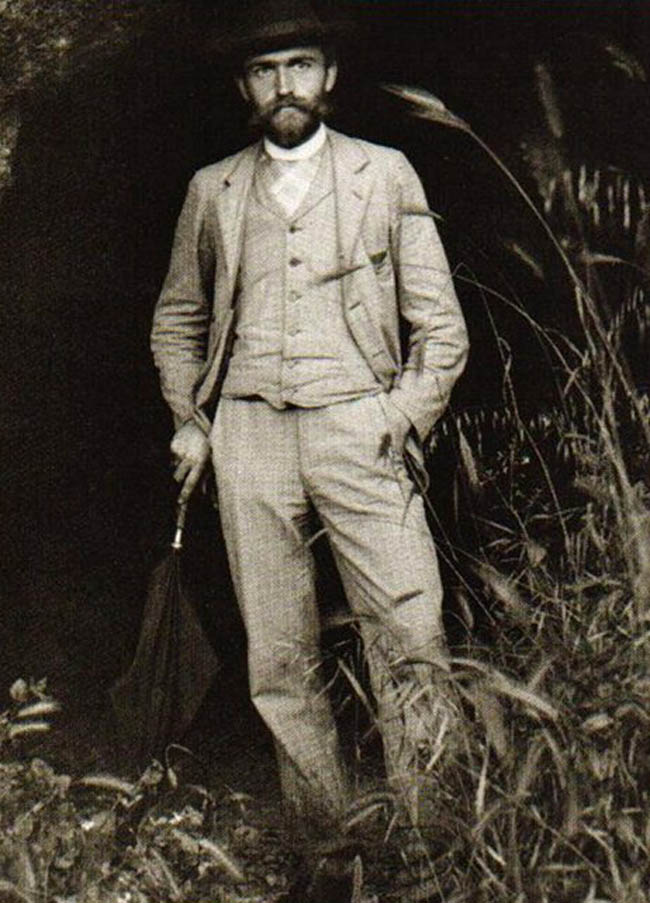 He was a German photographer and artist that was well known for his closeup photographs of plant life. He and his father were greatly interested in nature and the way plant life would grow.

“The plant must be valued as a totally artistic and architectural structure.”
~ Karl Blossfeldt

Like most great photographers, had no formal training, but that didn’t stop him. He ended up creating a homemade camera that would magnify the plant life up to 30 times it’s size. Karl was also appointed a teaching post at the Institute of Royal Arts Museum. By just looking at some of Blossfeldt’s photos, you’ll see that he was definitely onto something, for his time.

Karl Blossfeldt was creating original photos that were used as teaching tools through the years. I really enjoy the way they are all black and white photos, on a blank background, and detailed shots. With them being in black and white we aren’t concerned with color, and the design is first and foremost. As mentioned before, the blank background allows Karl to create a nice figure-ground relationship. He certainly established a strong artistic style within his work (see Day 122). His book “Art forms in Nature,” published in 1928, made him famous overnight. 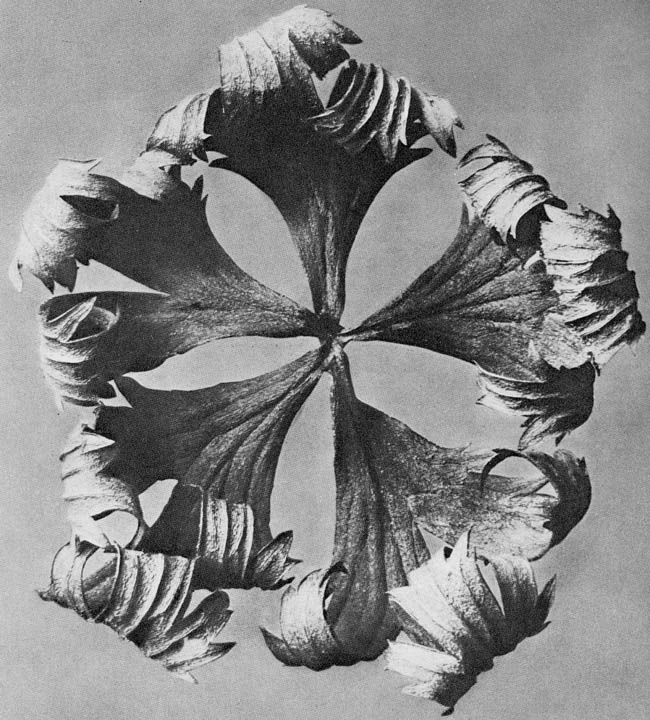 When we look at Karl Blossfeldt’s photos, we’ll see that nature was definitely an excellent designer. It even makes you take a closer look at the golden ratio and the wonders of math and nature (see #482). Nature is a master of creating beautiful arabesques, unity, patterns, and gamut (see Law of Similarity).

Hopefully this inspires some of you! It just goes to show you that you don’t need formal training or a top of the line Zeiss lens. You just need a passion and a means to capture and create the art you envision.

Make your own lens like Karl, and never make excuses as to why you aren’t creating your art. 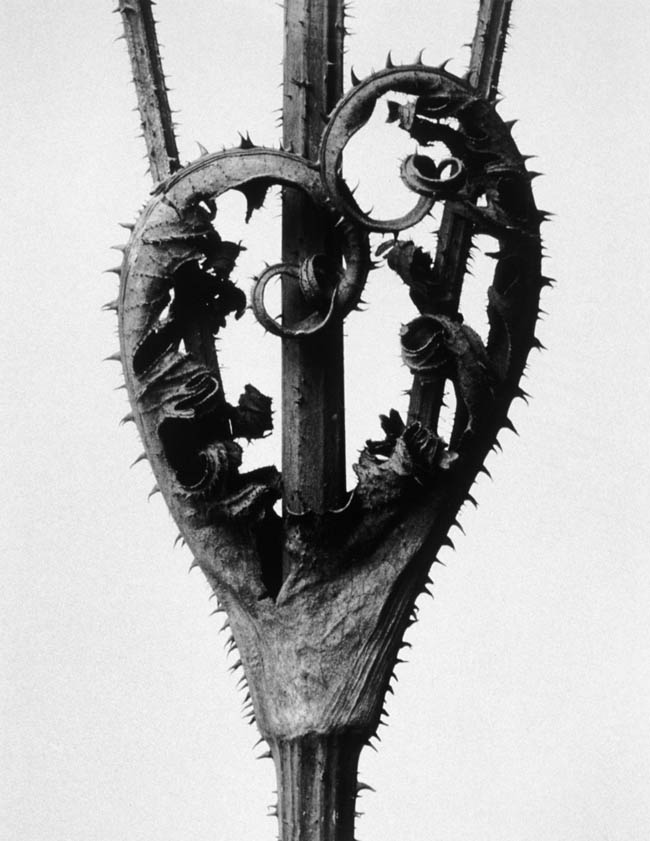 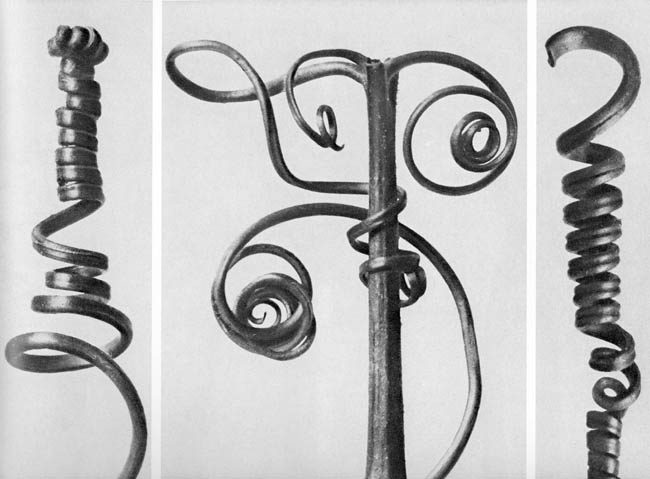 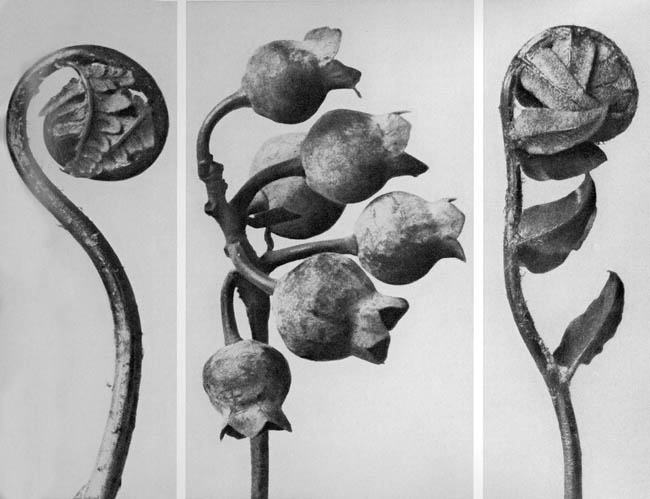 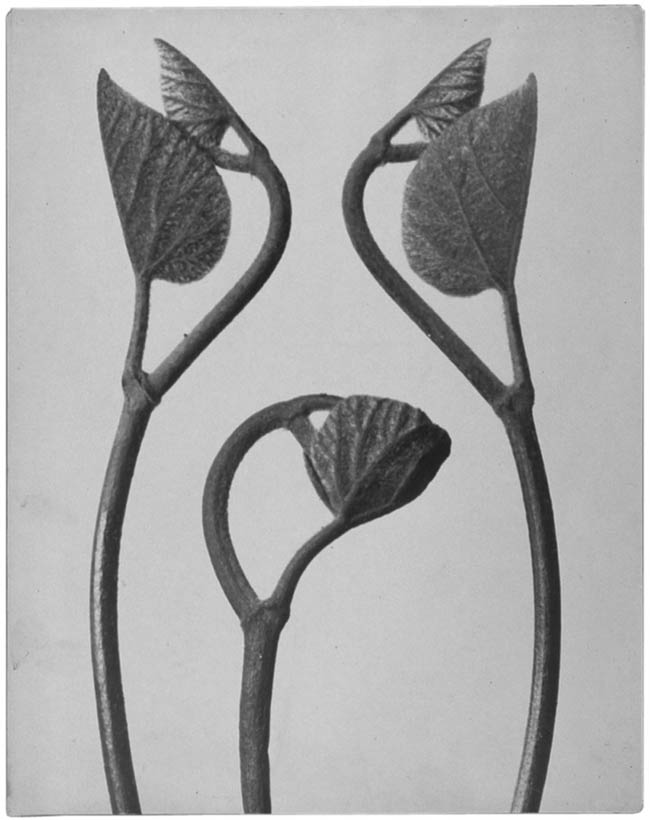 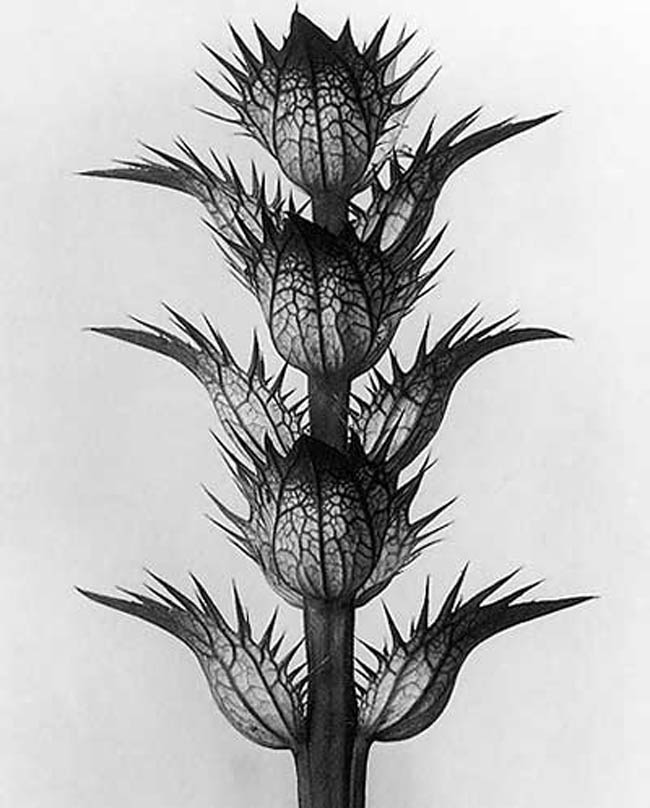 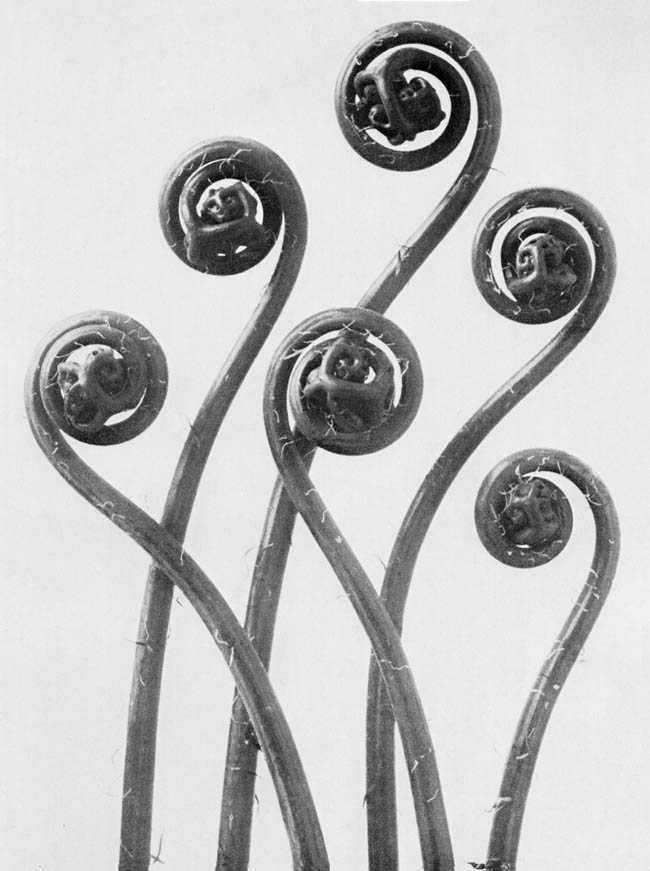 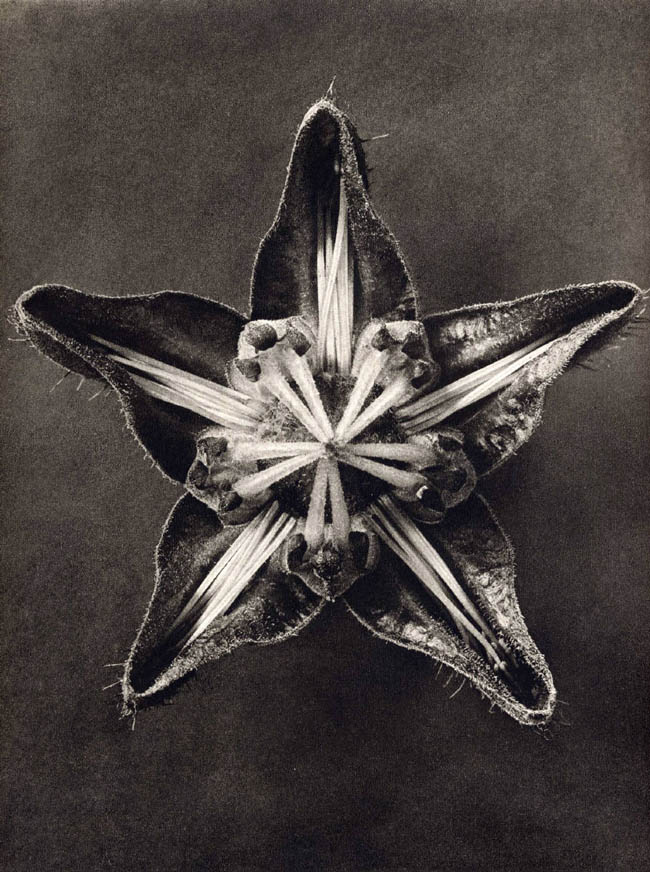 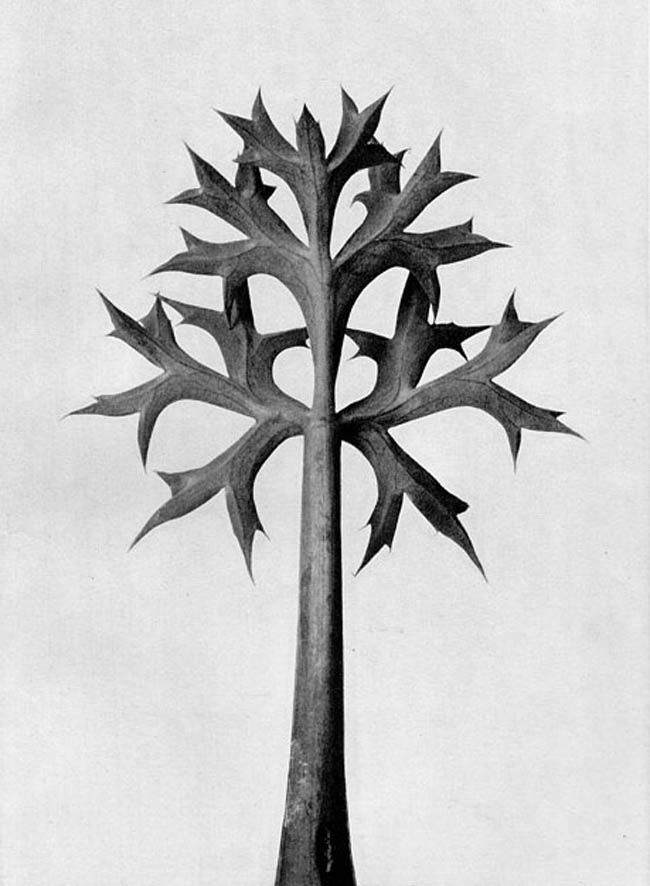 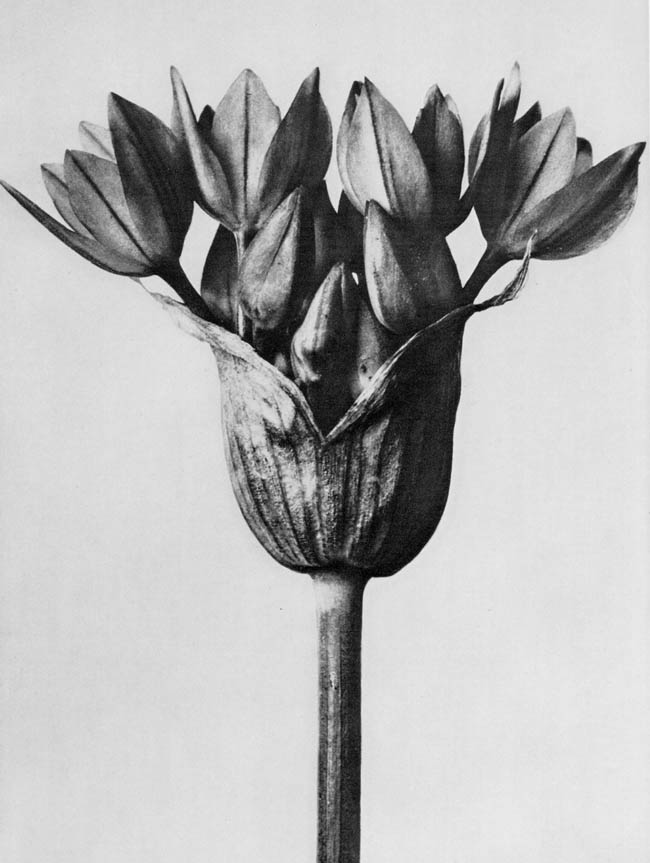 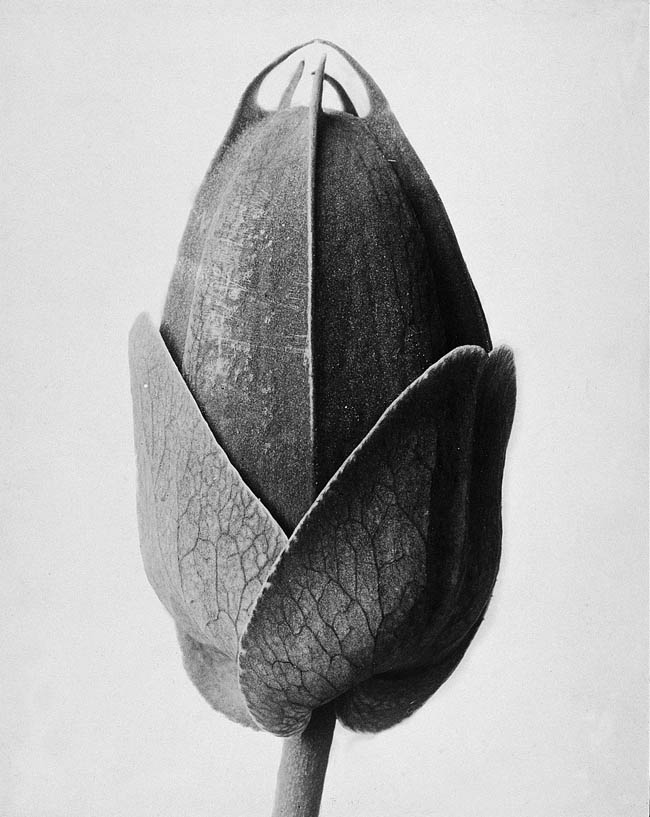 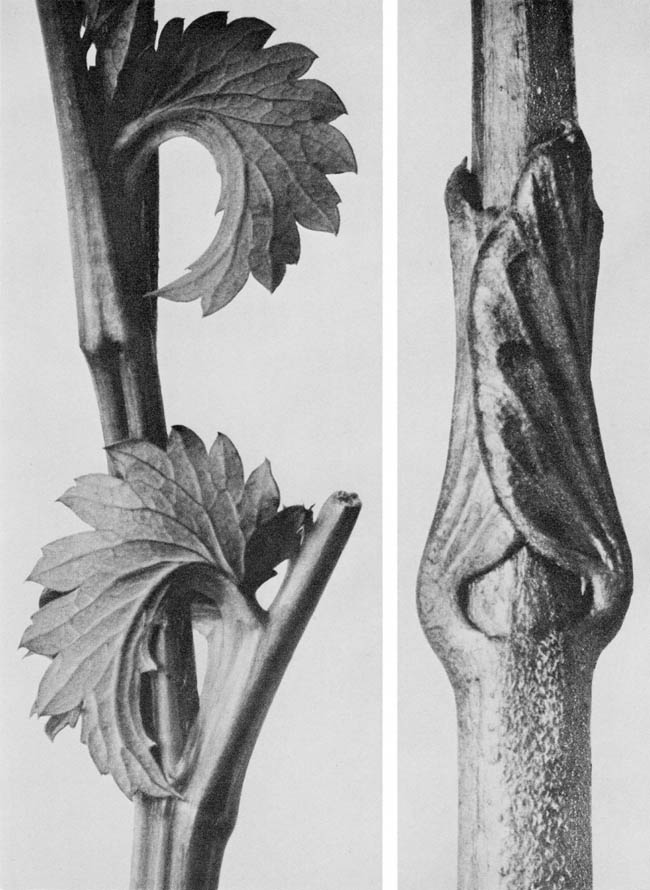 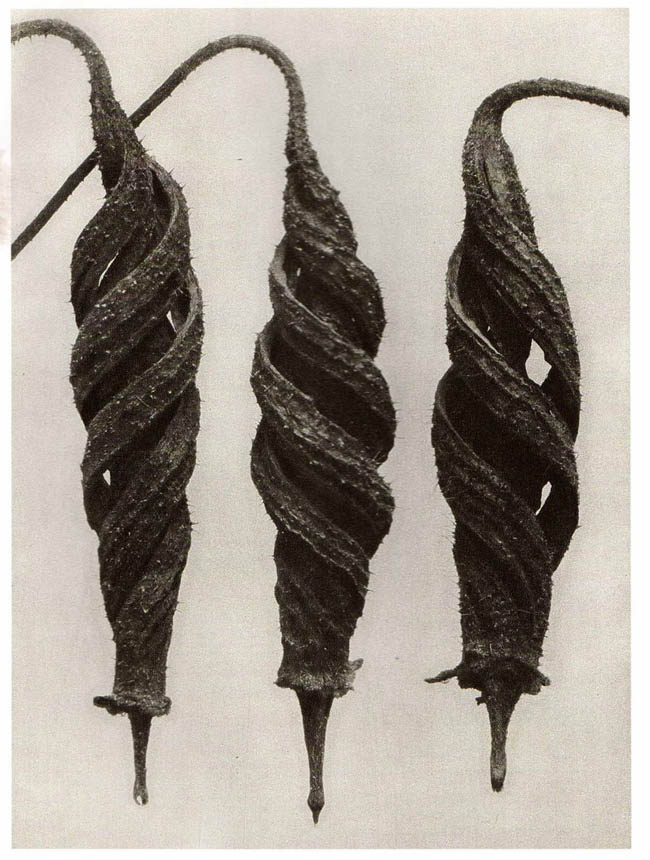 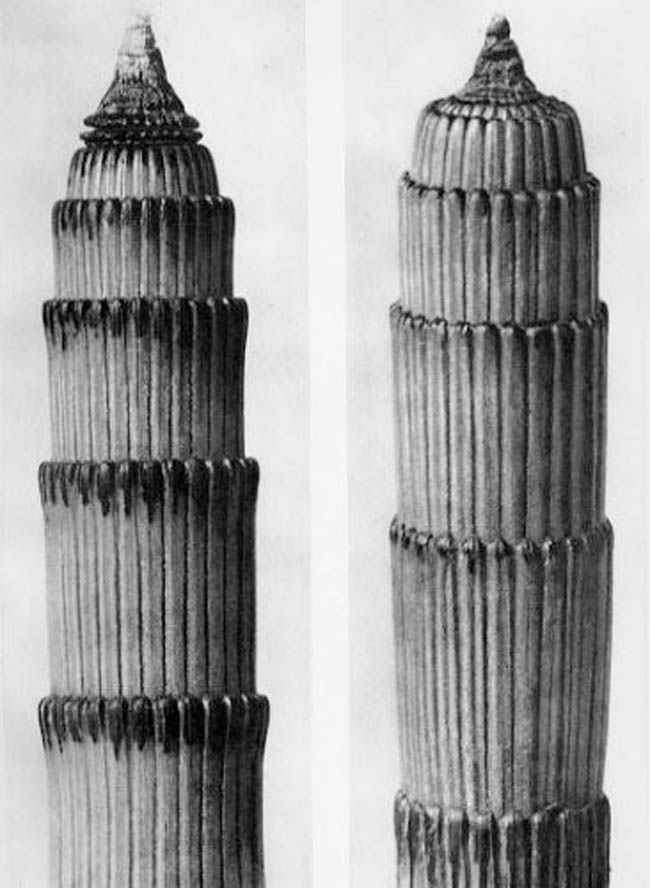 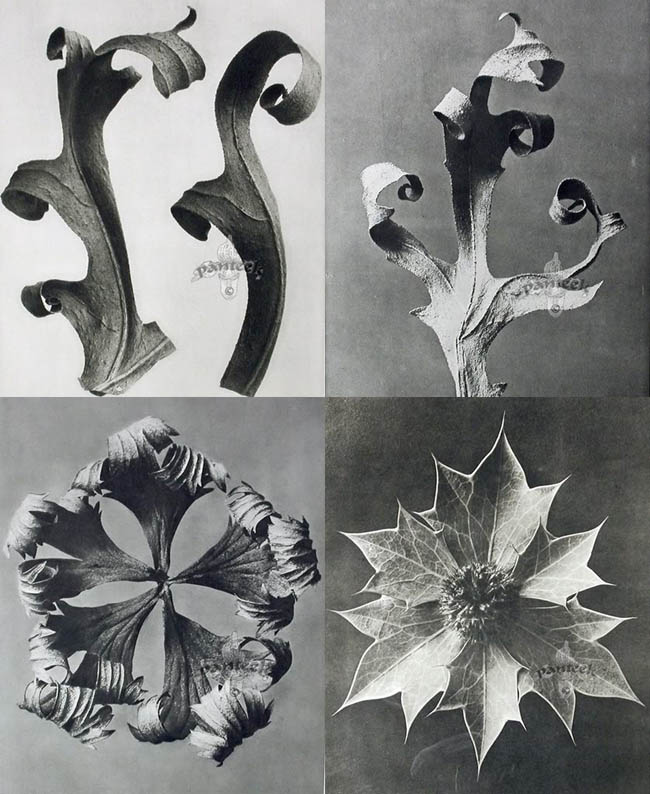 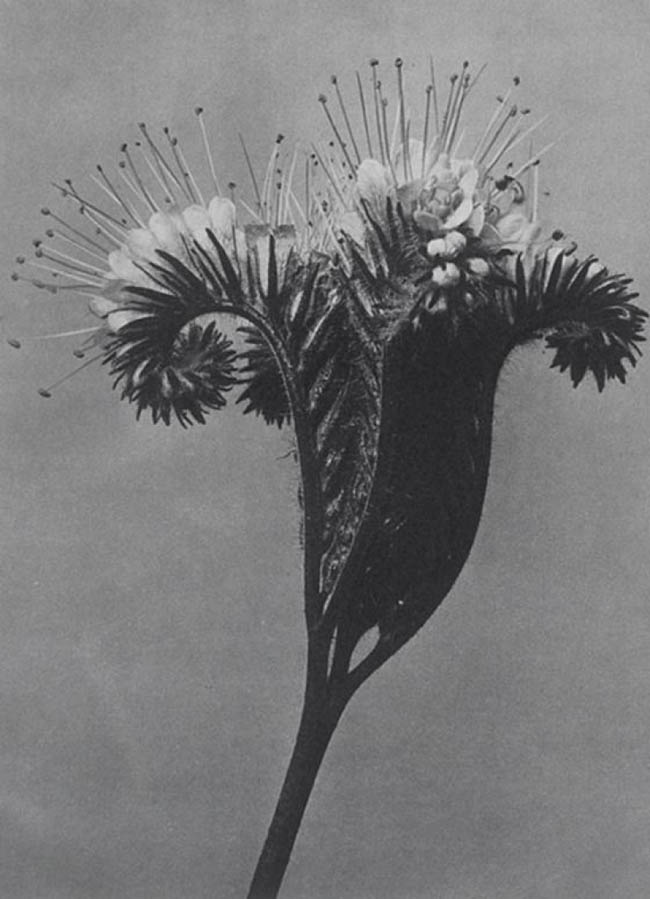 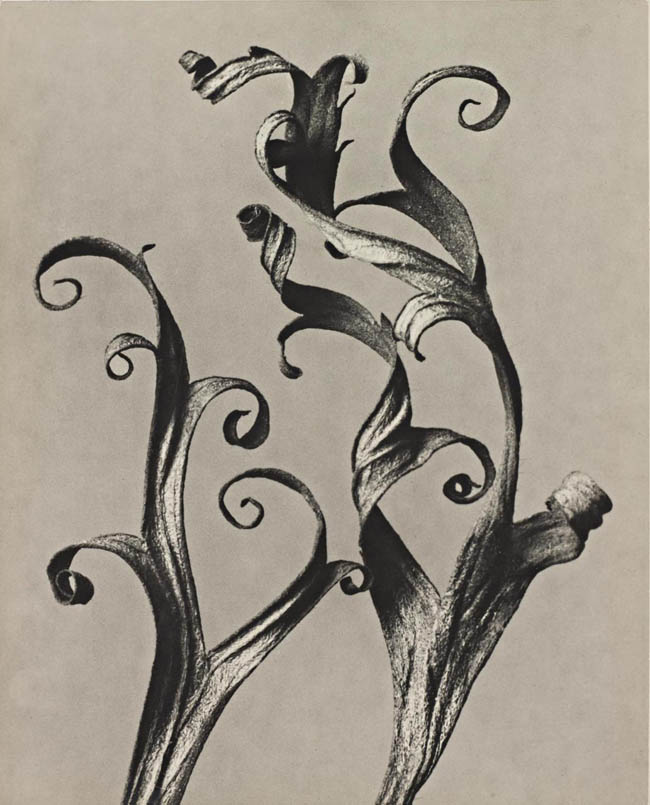 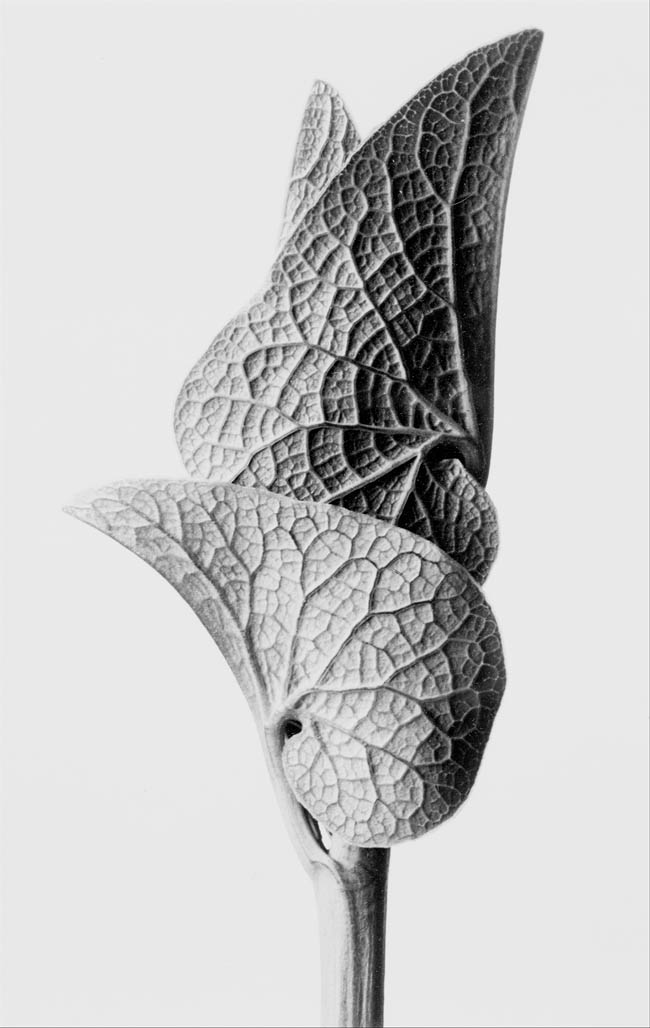 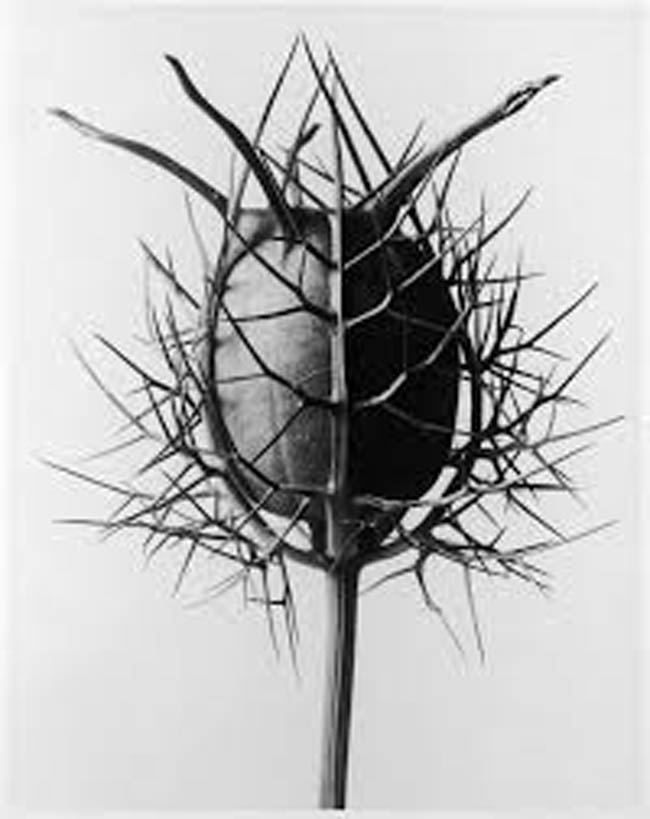 Thanks for joining on today, I hope this inspired you to use figure-ground relationship more within your art. Develop a strong artistic style like Karl Blossfeldt by producing consistent work. Four things help him solidify his artistic style in the art world; blank background, plant detail, black and white, and well lit. Consistency is the sign of a true master! Remember that when you’re developing your own artistic style 🙂

Please check out the other inspiring and FREE articles by Canon of Design. Take care everyone, see you next time! 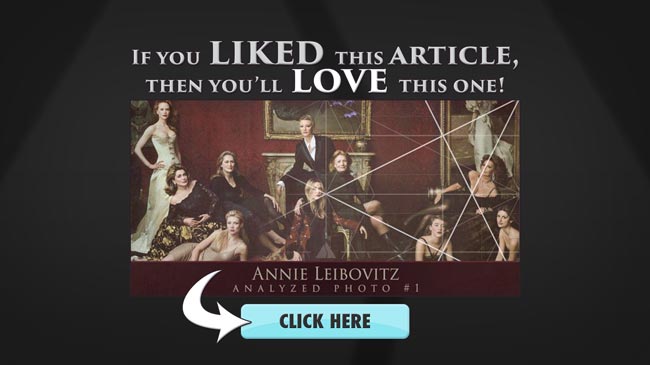 Notan – How it Can Benefit Your Compositions

How to Create a Photography Project – Part One (Paris)

Christina’s World Stuck in a Corner at the MoMA