Look at that Camera, You’re Not a Serious Photographer

I had a beginner photographer tell me a story of how their photography instructor didn’t take them seriously because they were using an olympus dslr camera. He shoots with a Canon 5D Mark III, so he must take way better pictures right? Not only did the instructor discourage his student, when he’s suppose to be the one inspiring him and pushing him towards greatness, he showed his ignorance by implying that you need the top of the line camera to take a good picture. So what is more important, the gear, or the knowledge and unique vision?

Anyone that has helped others learn photography or art might find it irritating that he would deflate the aspirations of the photographers he’s teaching. You know what they say about karma though. Just remember, your camera doesn’t have to have all of the bells and whistles of the hottest, trendiest camera out there. It just has to fit your needs (see Day 273).  As some of you might have seen (see Day 291), I bought a vintage camera that was under $40 and produced some descent results. Nothing ground breaking, but it goes to show you that the gear is far less important than the knowledge and unique vision you need to capture a great image. The most professional photographer can work wonders with a point and shoot camera as you’ll see below.

In this video, the guys at Digital Rev challenge Chase Jarvis to use a Lego camera to take pictures of a skateboarder in action. You’ll quickly see him defining his limits and using his knowledge and vision to try and create a shot. Now, there’s no need to go extreme with a lego camera, but it does make an interesting point.

Tiny Collective is a group of street photographers that prove that it’s not the tool you use, but your unique vision. The video below features Fisheyedreams using an iPhone app called Hipstamatic. I’ve been a fan of this app for a few years, so if you’re looking for something fun for your phone, and square format, check it out.

Here’s an interview with Fisheyedreams, by Eric Kim, which is the first time I heard of the Tiny Collective.

Which Camera Did I Use?

Here’s three photos I’ve taken with different cameras. Once they are all cropped to the same size, edited in black & white, and the same subject, it’s very difficult to tell which camera was used. Was it an iPhone, Canon 7D, or Canon 6D? Click on the image to see if you are right! 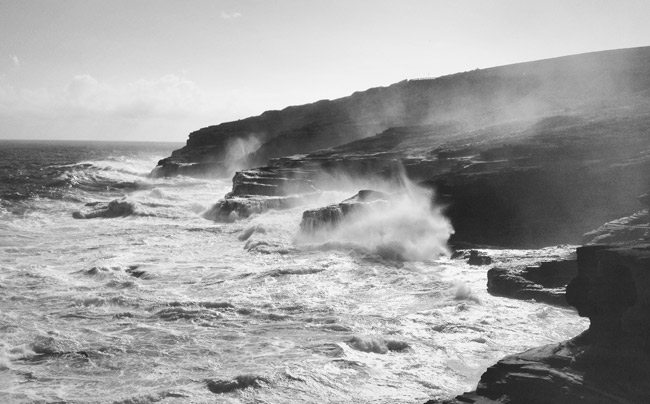 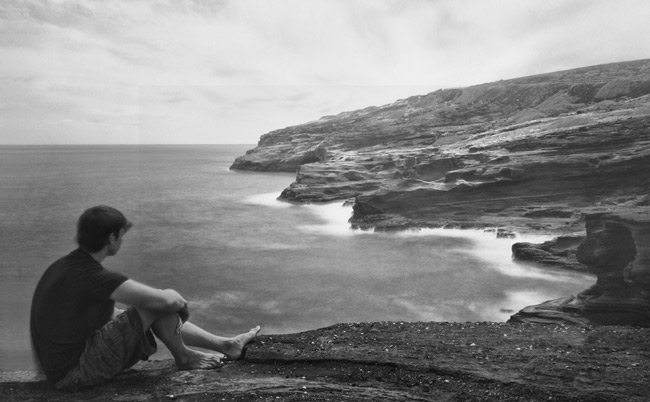 Did you guess right on any of them? Are you starting to see the meaning behind all of this. Sure, the ability to use interchangeable lenses and viewfinders comes in hand with composition and depth of field. You need to at least see your shot and how it lies within the frame. Some people can get lucky shooting from the hip, but without a viewfinder it would be pretty difficult to get anything of value. Almost like using an LCD camera in bright daylight…you can’t make out anything. Now, when you are comparing a full sensor camera with a cropped sensor, you may only truly see a difference in quality when you enlarge the image…maybe 18×24 or larger. Quality of light plays a major roll in photography…much more than the sensor size. If you have crappy light, it doesn’t matter if you are shooting with a $20,000 Hasselblad, you’ll still walk away with a bad image.

So you see, knowledge and a unique vision make the photo more than the brand of the camera. Don’t get caught up in the consumerism. Spend more time shooting, learning, and developing your vision instead of wasting money on the fanciest camera out and being discouraged when you still can’t take a good picture. It’s easier to be tricked into thinking “better camera, better pictures'” but it just isn’t reality.

The Old Masters, Standing in Awe