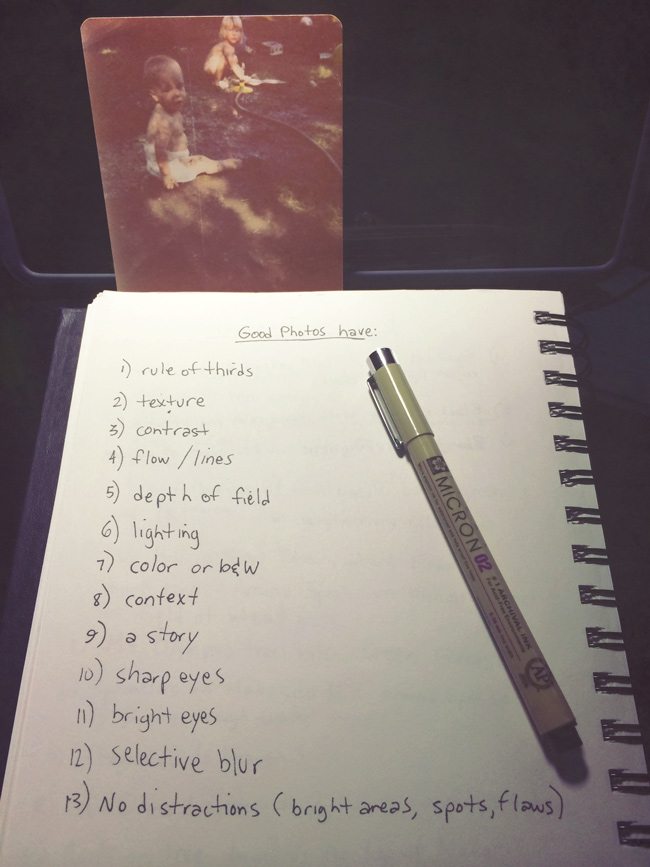 I AM GUILTY, MOST OF US ARE

You know, when you’re young and naive, soaking up all the information you run across…whether it be good, bad, or ugly (like the rule of thirds), and you don’t take the time to understand it…you just accept it because everyone else has accepted it? Well, that was me. In 2011, starting my 2nd year of photography, I made a list of what I thought great photos had….look what is at the top of the list!

By now, if you find my assault against the rule of thirds to be ludicrous, you have gone through all of my photos and tried to find a glimpse of me using the rule of thirds to discredit everything I’m trying to cover. And if you found some, you’d be right. Yes, I too thought that the rule of thirds was the answer to all of my composition problems, and I was proud about all that I thought I had learned by using it. I remember teaching my sister the technique, “Yeh, you just put your subject on one of those points and it will make the image more pleasing.” I regurgitated it just as everyone else has throughout the centuries. It gets the subject out of the middle, but it doesn’t give anyone much to build their composition on. So, am I going to throw away all of my old photos that were composed on the rule of thirds? No, not at all. But I am going to throw away that form of composition and adopt something with more guidance and sophistication. And that’s where design comes into play.

So now, a couple of years later, I’m all grown up. I’m designing and discovering the composition techniques of the masters. Thinking for myself and determined to help others steer clear of the rule of thirds…a technique which will leave you in a cold dark alley to fend for yourself. 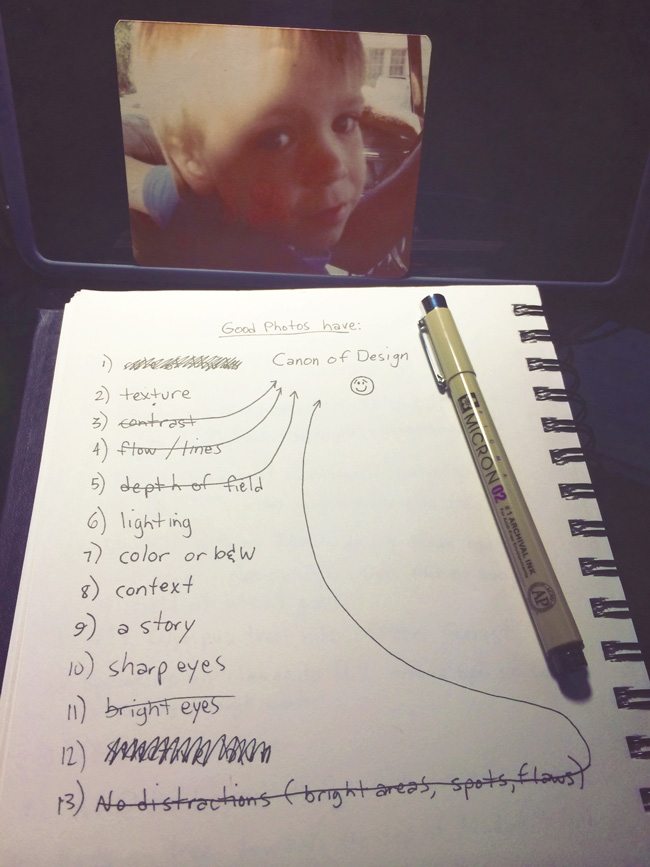 Searching the internet, trying to make sense of it all…I feel your pain! In fact, there aren’t many places a photographer can look for composition inquiries without the rule of thirds popping up like a pimple on prom night. I searched the internet for many composition outlets and usually the rule of thirds comes up number one on their list of “composition must know’s”. Why doesn’t anyone mention design? Do they not know about the power of dynamic symmetry? But we are getting ahead of ourselves here…let’s slam the brakes and back up a bit.