Nudity in Art: Acceptable vs Pornographic Hey everyone, welcome back to another great article! As always, thanks for the continued support.
What makes nudity in art acceptable, and what makes it pornographic? That’s what we’re going to discover today! The answer might be obvious, but there are more gray areas that you’re probably not aware of. We’ll be looking at some great quotes, while comparing tons of master paintings and photos. Let’s get into it!

This article was spawned by a great quote by Michelangelo:

“What spirit is so empty and blind, that it cannot recognize the fact that the foot is more noble than the shoe, and skin more beautiful than the garment with which it is clothed?”

Michelangelo is basically calling out all of the prudes that have a tough time viewing his nude paintings and drawings. He painted the Sistine Chapel, which means the church accepted the nudity he was portraying in his art. Michelangelo’s work must’ve been continually critiqued by sensitive people because he’s got several more quotes that defend his masterful work.

“And who is so barbarous as not to understand that the foot of a man is nobler than his shoe, and his skin nobler than that of the sheep with which he is clothed.”

“He who does not master the nude cannot understand the principles of architecture.” So what is the big deal anyway? We are all adults and can handle nudity in a responsible way, right? Well, unfortunately it’s not as black and white like that. If we take nude paintings and put them in a book that children might read, it might create an impression on them that was premature. Take the work of Egon Shiele for instance. I wouldn’t want my two-year-old niece viewing one of his nude paintings (see article). It’d be too vulgar for her innocent mind…even though she’d probably not understand what she’s looking at. We have to continually teach them what is “good” vs what is considered “bad” in order for them to eventually form a strong opinion.

Hmm, there’s a word…temptation. Maybe that is what makes nudity in art pornographic. Does it tempt us? Does it arouse us? Well, we can’t really judge it in that way because people are aroused differently. Also, people are desensitized (see Day 297) as they grow older, so what might’ve been obscene when they were four years old is probably not an issue when they’re twenty. This also means the culture changes with time. Just look at the history of marijuana and you’ll see how the culture has slowly changed it’s perception.

So what makes nudity in art acceptable vs pornographic? Let’s dig deeper into some masterful work and find out!

Nudity in Art Acceptable vs Pornographic

OK, first let’s look at nude vs clothed to address the quotes by Michelangelo, then we’ll take a look at the subtleties that push nude art into a questionable area of eroticism and pornography.
Here we have a comparison of Pablo Picasso’s art. We’ve got a clothed painting on the left and a nude drawing on the right. They are both created in the same “monumental” style, similar pose, and same subject matter. The only major thing that is different is the lighting, but it’s not enough to create a bias. Here’s a comparison of Gregory Crewdson’s photos, where the one on the left is clothed and the one on the right is nude. Both have similar poses, environment, mirror reflections and lighting. Yet, most of us might find the nude one more interesting. Hmmm.

Is this nude photo pornographic? Not at all. But why not? Let’s keep digging to find out!

Here’s a couple of images by Alfred Cheney Johnston. The one on the left is clothed and the one on the right is nude. Both are artistically done, but which one verges on the “naughty” side? It’s the nude one this time, but why? So yes, pose is huge! And if we’re wanting to control the way our art is perceived, we need to be aware of it.

Here’s a great example of a modest pose. The statue “Capitoline Venus” shows Venus coming out of the bath and covering herself. Modest poses don’t have to be this unrevealing, as long as there’s not a portrayal of flaunting. Here are some more modest poses by Irving Penn.

Again, we see David Bellemere with a modest pose on the left and a more seductive pose on the right.

Here’s another example with paintings by Paul Gauguin where we have modest poses, but the full bed on the right might be a little suggestive. In this Picasso comparison, we see that the female on the left is exposed more than a typical modest pose, but the context is innocent. She’s just fixing her hair in the mirror with her friend. Much like the Cabanel, the context helps the way we perceive the nude. The poses in the painting on the right is more erotic…even though it just looks like some girlfriends hanging out by the ocean.

In the image on the left she is covering up and is in nature, but on the right she is exposed and thrusting her head back. She’s in nature as well, but the pose is more suggestive. So what are your thoughts on nudity in art? It’s interesting to understand how art is perceived depending on the pose and context. Learn to control these things so the nudity in your art is viewed as you want it to be.

Thanks for joining in, see you next time! 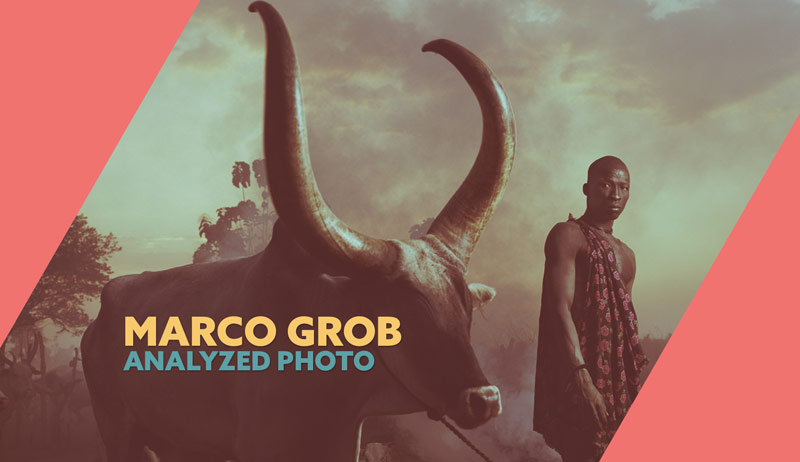 Photography Composition and Design with Shadows