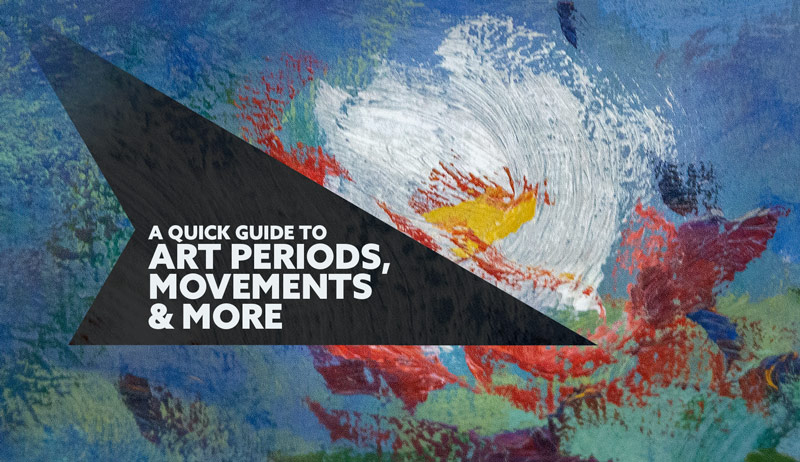 Thanks for joining in to show your support everyone. It’s always appreciated!

Today we are going to dig deep into art periods and movements. It may seem confusing and overwhelming to some, but you’ll get a great understanding with simple explanations, a clear timeline, and tons of excellent examples. Let’s get into it!

What Are Art Periods & Movements?

When we talk about art periods and movements we’re basically talking about art history. That “H” word might scare some artists because it involves dates. Yikes, all those numbers! Math can be the same way. Sure, most of the dates are listed throughout the timeline, but it’s nothing to hide in a closet and suck your thumb over.  The dates are mostly interesting to see which artist came first, yet the most important thing is the art. Not to mention, a lot of the periods and movements seem to blur together. Keeping track of it all must be a major headache for historians. All that being said, it still won’t stop us from learning about new artists, their movements and gaining a ton of inspiration!

So what’s the difference between an art period and movement? It’s mostly time, purpose, and region. The periods are based on historical eras, and the movements are usually decided by artists as a group. To put it simply, the movements are the mouth-watering flavor of the food, and the periods are the dishes that the food is slopped onto. These dishes of delicious food can be found all around the world. Get it?

If you’re an artist today, it’s interesting to note that we’re currently in the contemporary art period. Yes, period. Now, if you and your art buddies want to start a new art movement within the contemporary art period, just simply add “ism” to the end of some clever word. Something like “Doge-ism” might suit today’s culture. Or if you’re a photographer, maybe try “Snap-ism” where a filter makes a 40 year old look 10 years younger. The point is, there doesn’t seem to be an end to the use of “ism” movements as we’ll see further below. That’s perfectly fine. Variety is the spice of life…and art.

As you scroll through the timeline, if you see the name of a movement that’s interesting, just click on it and you’ll see some related images. If you like what you see, save some to your computer and use it for inspiration for your own art. 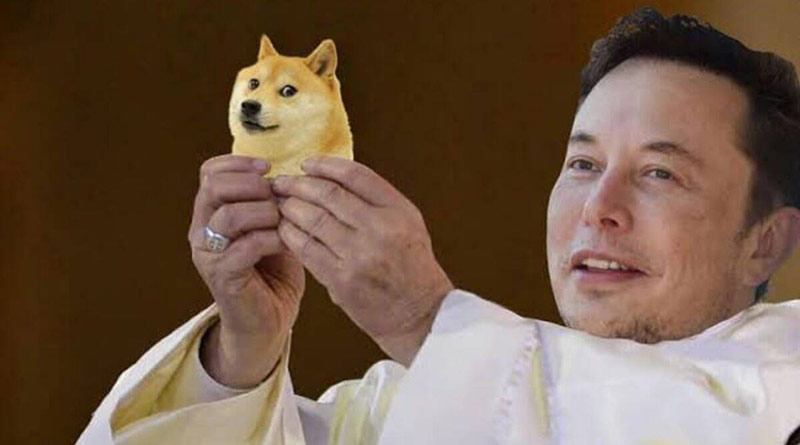 We’ll see plenty of art periods and movements below, but we can’t forget about the prehistoric art found in caves. They are the “OG’s” of art. This next example is a photo of the oldest painting from about 40,000 years ago. Now that’s old! We can see the cow in the lower-left corner, but what’s up with the hand impressions in the upper-right corner? Is this what inspired “hand turkey” art? 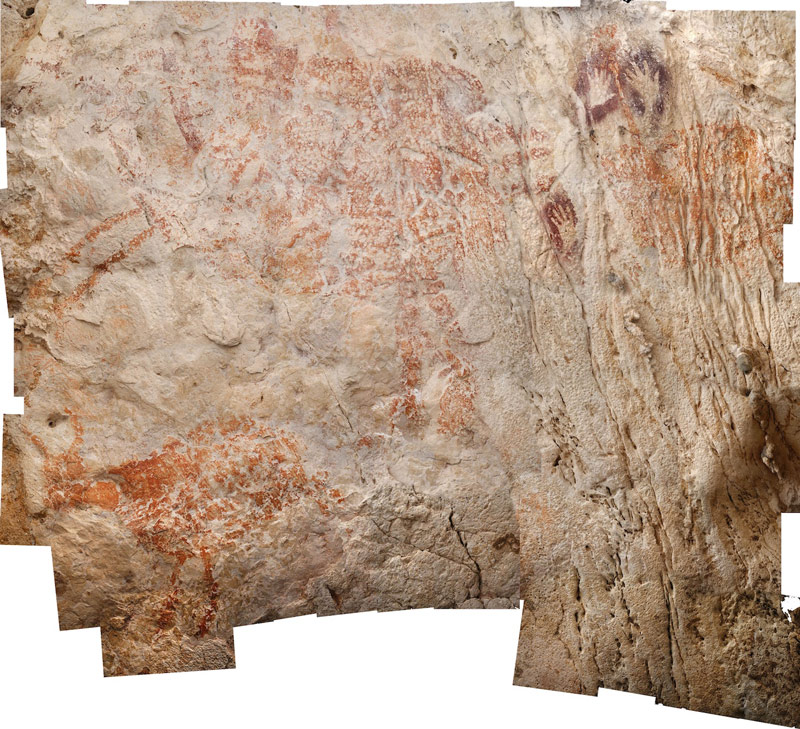 This super old piece could almost pass for a Picasso or Matisse painting, don’t you think? That’s why it’s important for us artists to look back and learn from the art that came before us. We can learn so much from them!

Unfortunately, as the timeline nears the end, you’ll see how these powerful design techniques start to fade away. Mostly around the 1940’s. So sad. 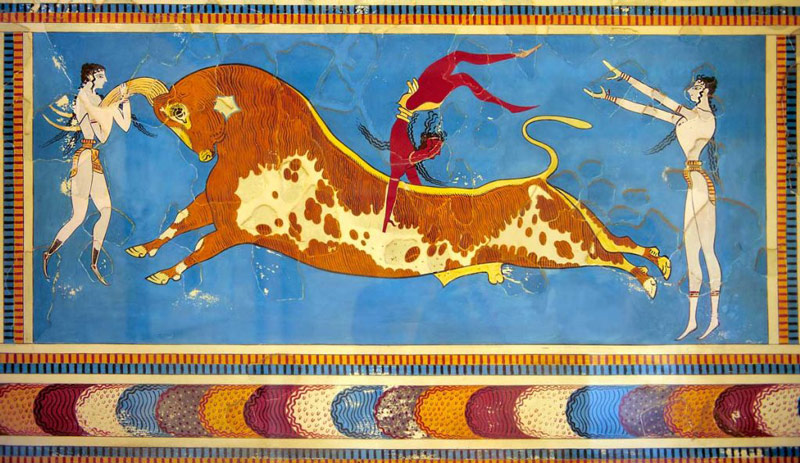 Throughout the timeline, you’ll see a lot of images that relate to other articles or have been previously analyzed (see links under images), like this one for instance. A sculpture of Laocoon and His Sons being attacked by huge serpents. 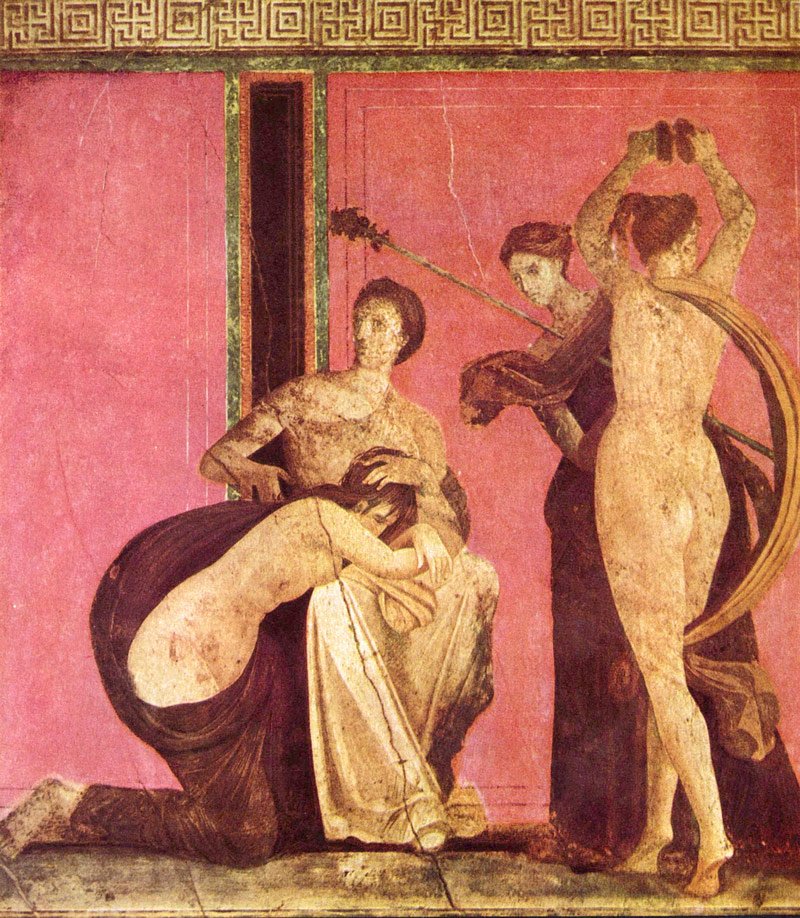 Viking art has been making a comeback lately, thanks to the excellent TV show “Vikings” (see #498). This next image is a photo of a Viking axe. The design of the metal might remind you of some recent tattoos. 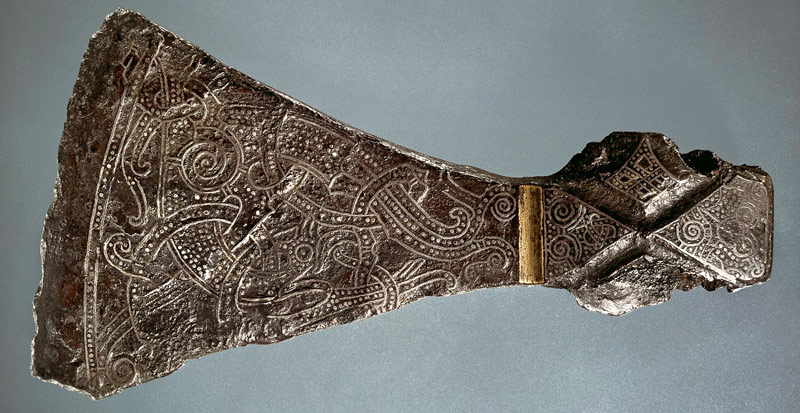 Many of us know of this art period thanks to Michelangelo and Leonardo Da Vinci, but we can’t forget about Sandro Botticelli. His “Birth of Venus” painting is iconic!

If you like highly detailed paintings with interesting creatures, you’ll love the work of Bosch.

Photos have a hard time portraying how awesome this sculpture is in real life.

So many great paintings seen so far. Yes, some of my faves!

Note: The countries listed are where the movement or group started.

This type of art was popular in the movie “Great Gatsby” and an addictive video game called “Bioshock.” 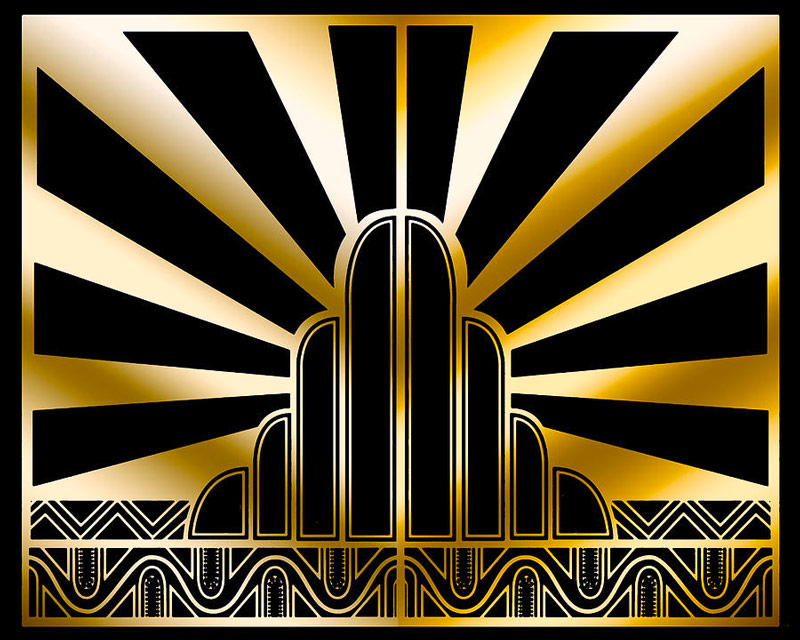 The translation for this movement is “Metaphysical painting.” Giorgio Morandi purposely created coincidences (see Day 48) in his paintings. These “kissing” edges are usually avoided in art, but he made it part of his artistic style (see Day 122).

Salvador Dali is usually known as the surrealist painter, but we can’t forget about Rene Magritte.

By this point in the timeline, you can see a drastic change between the art movements. They seem to get looser, sloppier…whatever you want to call it. They seem to throw composition and design techniques out the window and paint with their gut alone.

The gut works in some cases, but it isn’t the most reliable thing to guide artists. This is especially true for those artists that aren’t properly trained with design and composition techniques. After all, those “gut instincts” (see Day 45) are developed from great knowledge and application. It’s not something you’re born with. As Henri Cartier-Bresson says about knowledge of geometry (a.k.a. dynamic symmetry)…”it has to be cultivated” (see #472).

Note: there is overlap with what is considered “contemporary art” and “modern art.”

I remember the first time seeing a documentary on this artist. It was pretty inspiring because he makes all of his art out of things he finds in nature.  It’s mostly all destroyed as nature takes its course; ice melts, leaves die, stones crumble.

Forget anything I said about sloppy art. This architectural design by Frank Gehry is mind blowing!

This homeless man, Basquiet, became famous mostly thanks to Andy Warhol (a pop artist). Will his art stand the test of time like Rubens, Da Vinci or Van Gogh? Not every “ism” will be remembered. Much like your third-grade crush, they will fade with time. But perhaps they will inspire new movements for us all to enjoy. We can only hope!

This “Pulp Fiction” remake by Banksy shows his witty humor. Though his street art is visually simple, the message he delivers can be quite profound.

There are many new art movements that aren’t listed like Syncretism by Cesar Santos, or Kitsch art with Odd Nerdrum. Perhaps the art you’re creating is another new one. Any piece of remarkable art will be categorized by the critics as history progresses, but the most important thing is that you continue to make and share your own art. Continue to be learn from and be inspired by artists before you.

Thanks so much for joining in, see you in the next one! 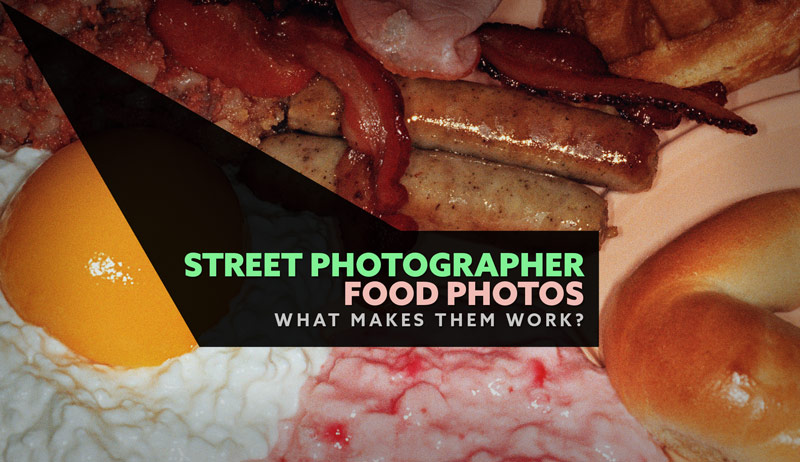 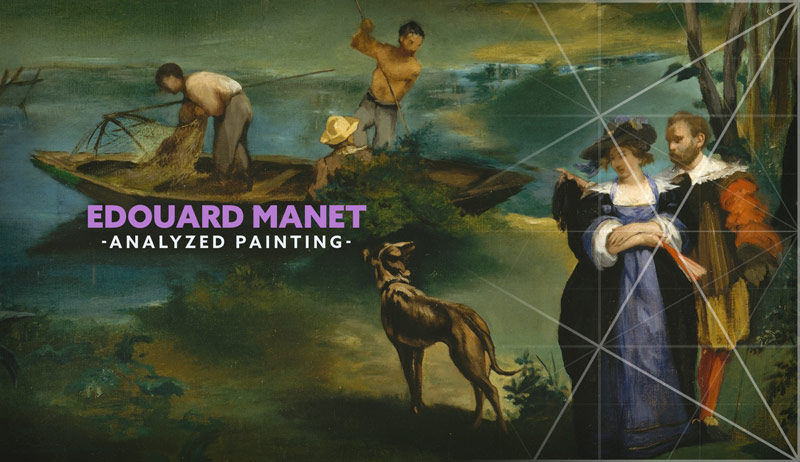